A downloadable game for Windows

All you have to do is tap your mouse to jump, hop, battle, bounce, shoot and fly though this old-school retro-styled side-scrolling space-adventure that is set in a far off galaxy somewhere between Chinatown and Coney Island on the small planet of New York City.

To be the Toy Lord of Chinatown you must:

Sell bootleg toys to Jerkbags. Use the money to repair your spaceship, and unlock suits of armor to become the Toy Lord of Chinatown.

Money: you will need plenty of money to become the Toy Lord of Chinatown. You are awarded Suck Bux when you come up successful after various dilemmas presented throughout the game. Go for the Suck Bux and win big.

Laser Swords: look for bright colored balls of light above you throughout the game. Jump up to hit the colored light to get a Laser Sword of the same color. Some Laser Swords last longer than others. Yellow lasts the shortest of all, then Blue, Purple, Pink. Red lasts the longest. You can use a Laser Sword to defeat the villains in your path.

Tyranusberg: will loan you money and then later will harass you to pay him back. If you jump on his head he will loan you $100 Bux. He will eventually want it back and may demand interest on top of the loan. He’s unpredictable. If he gets hard up for cash, he’ll come looking for you in his Model T rocket ship. Pay him until he goes away. You can do your best to not go into debt but loans from Tyranusberg are hard to avoid.

Another B~ a date with her will cost you 100 Bux. It’s hard to avoid her. Warning: she is attracted to dudes with robots.

Douchebot: your long lost robot friend. It’s nice to have him back. Douchebot is a fierce fighter and will come along with you on this adventure, if you can find him. Be warned that he is a chick Magnet. The gals can’t resist that cute little robot. Soon enough he will get lost in space and you will have to go find him all over again.

Gay Empire: is your friend and will join your adventure to protect you.

Chop Suey: you must eat well to become Toy Lord of Chinatown. Get a box of Chop Suey for only $10 Bux and get super strength along with some kind words of advice.

Mary Paper$: is a fierce fighter and party gal. She loves a good beer, robots, powerful toy lords, and piles of cash.

The Original Villain Network: the bad guys all have different evil powers to annoy you.

Star Chumps are worthless and mostly in the way. Not worth a thing. Just blast through ’em. Jump on their head or slay with laser sword.

Galactic Jerkbags have all the money. Sell them bootleg toys to become the Toy Lord of Chinatown.

The Necromancer is a wanted man and has a bounty worth $50 Bux if you can hit him with a laser sword. He’s wicked fast so you must be faster.

Vectar has escaped from your bootleg toy sweatshop. Capture him and tap him to produce resin toys in your art studio.

Carrator is tossing some very dangerous Bionic Carrots all over the place making a mess of things. Slay with laser sword.

An entire battalion of Wrecked Souls are shooting Pink Suck Shark Missiles. Kill them before they kill you.

This indie game was made by the Super Sucklord and J.E.Moores based on theToy Lords of Chinatown characters. Suckadelic toys, videos, art, and music can be found at: Suckadelic.com

There are no ads or in app purchases in the PC Windows version of this game. Your 3 bucks goes toward the making of all these nifty games we got going on.

Thank you for supporting indie games! 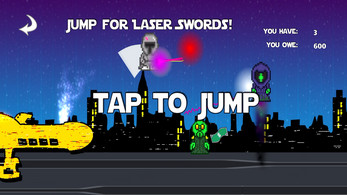 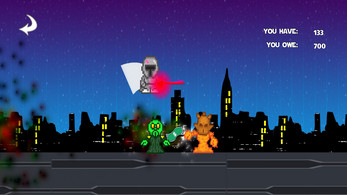 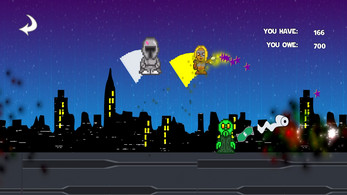 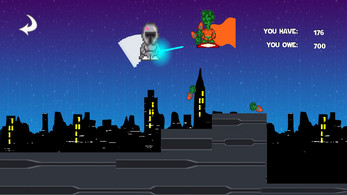 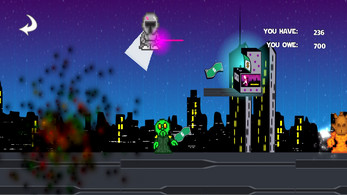 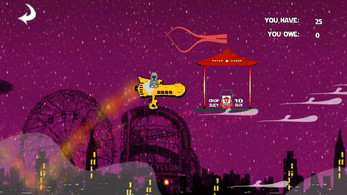 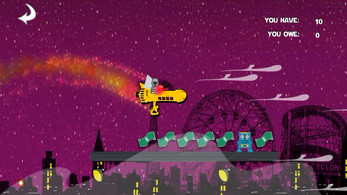 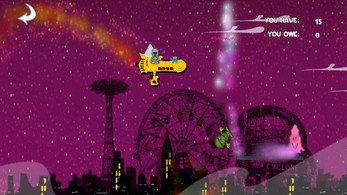 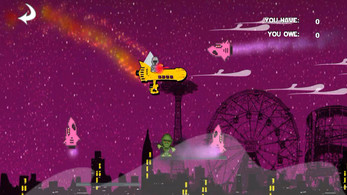 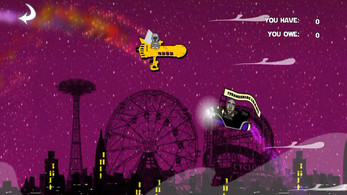